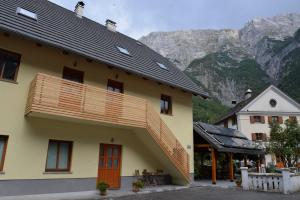 Fort Predel is located about one kilometre from the former frontier Predel. It belongs between one of the six Carinthia strongholds. The first fortification was already built in the time of the Napoleon Wars and was burnt down twice in the fights between the French and the Austrians. In the year 1850 they built a new stronghold, which was constructed from the main building on the rising and the smaller barrier by the road. Buildings were connected with the underground passage and walls. Next to the road is situated the monument, which consists from the stony support wall, the pyramid with the carved inscription and the lithoiron statue of the wounded lion. In the honor to defenders was erected by the Austrian emperor Ferdinand I. and was solemnly unveiled in the year 1851. The Fort Predel was reorganized to the military warehouse in the year 1898, because it became obsolete and it did not suited to the changed military regulations. It was renamed to the Depot Predil in the year 1907. After the First World War was no longer maintained, so today can be seen only the walls.

In memory to the killed defenders

In memory to the killed defenders and fort's remains near the road to ...

Path along fort under street

View of the fort from lower side

Road between lower and upper fort

View of the lower fort's remains

Trail along upper fort on Predel

View of the fort on Predel 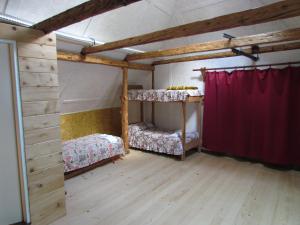