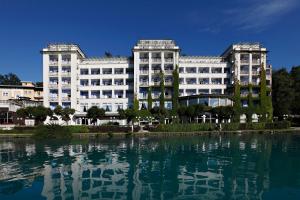 Triglav is the highest mountain in Slovenia.

Triglav is the highest mountain in Slovenia and the central part of Triglav National Park. Triglav is 2864 metres high and is located in the Julian Alps. It is a symbol of Slovenia and we can see it in the Slovenian arms. The first one who climbed to the mountain in the year 1778 were Luka Korosec, Stefan Rozic, Matevz Kos and Lovrenc Willomitzer from Bohinj, where we also can see their monument. In the year 1895 was built Aljaz's Tower by Jakob Aljaz, the parish priest in Dovje. In the case of bad weather can be in the tower 5 people. Aljaz's Tower is protected as the cultural monument. Jakob Aljaz also made the Stanic shelter, which is located just above the Triglav summit. We can come to Triglav from different ways and the easiest is from Krma or Pokljuka. The time of walking is from 6 to 8 hours, depending on our condition and the way of beginning. One of the difficult climbing ways is the Triglav northern rock wall. From the summit of Mt. Triglav is a nice view to Julian Alps and other more distant peaks. In sunny weather we can also see the Adriatic sea.

On the summit of Mt. Triglav

The highest mountain in Slovenia

View from Triglav in the Bovec direction

View in the Mali Triglav direction (arrival from Kredarica or Dom Plan...

Board for Stanic shelter below Triglav

Path to the Stanic shelter

View inside the shelter

Arrival to the ravine

Path above the top of the slope

Triglav - The biggest mountain in Slovenia 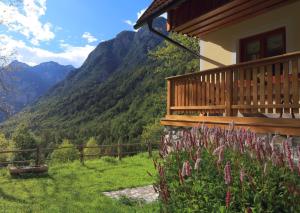 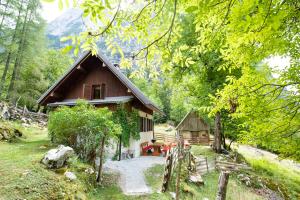 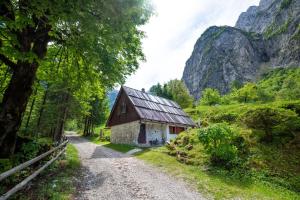