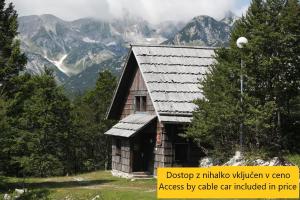 Vogel is situated in Bohinj Commune. It lies in the southeast of the Julian Alps. It is a ski slope in the region of Triglav National Park. Contemporary cable railway in the Ukanc takes us to the 1537 heigh above sea level. From restaurant Viharnik, which is just near getting out of the cable railway, it is a wonderful panorama view to the Bohinj valley. They have pizza and other food. Here is also a famous Ski Hotel Vogel, where guests can enjoy in the sauna, restaurant, appetiser drink, sunny terace and views to Bohinj lake, Triglav or to the ski slopes Vogel, Sija, Rodica. We can go to Vogel in the winter and also in the summer months. Winter season lasts from the end of October till December and if there is a lot of snow, till Easter. The cable railway works from 8 a.m. to 6 p.m., every half hour. Ski gears work from 9 a.m. to 4 p.m. In transitive months among the winter and the summer season and other way, it comes to the changes of working time. There is for 38 kilometres ski slopes, suitable for beginners and demanding skiers. They also organize ski school, they have kindergarten, Elan snowboard park and other activities. Restaurant Orel heads is situated in lower station of ski chair lift Sija, just next to ski slope. It is open in summer and in winter season. They serve you with food for different tastes. In new Alpine village are mountain hut, pizza restaurant, tourist rooms, hostel and apartment house. Vogel is starting-point for easier and demanding tours.

View of mountains around

Path to the mountain Vogel

Slope to the Vogel

View of Ski Hotel Vogel and around from the top

Back to the Cable Car Vogel 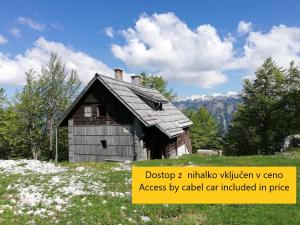 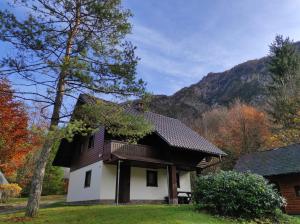 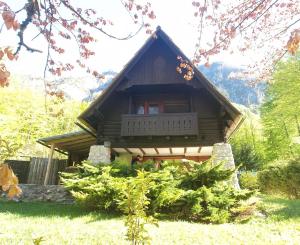