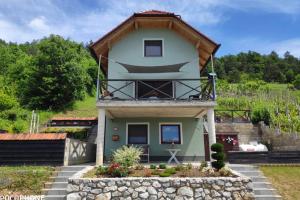 Most Beautiful Trips - Zuzemberk with neighbourhood

Zuzemberk is a small town in Suha Krajina in Slovenia. It is the centre of Suha Krajina. Since the year 1998 is the centre of the independent community. It lies in the terrace above the river Krka. Zuzemberk was in the sources first mentioned in the year 1246 and like the square in the year 1399. In the town is the school since the year 1828. The greatest building in the city is Zuzemberk Castle, which is in the renovation at the moment. In the summer time in the castle are cultural and touristical entertainments and concerts. First was the castle mentioned in the year 1295. In the 16th century was strengthened to the fortress, which had seven defensive towers. The emperor Ferdinand sold it to the Auersperg family in the year 1538 and they had it in the property till the end of the Second World War. At that time the castle with the square was strongly damaged. The company for preservation of ancient monuments started the reconstruction soon after the war and it got the fresh impetus after the year 1998. The main place in Zuzemberk is Grad Square with cast iron fountain, powerful entrance to the castle rooms and residential buildings with stony portals and cafes in the ground floor. By the Grad Square is situated the community building, police and local office. From the Grad Square we can go down after the narrow road to the bridge over the river Krka, where we can see picturesque calc – tufa falls. Near the falls were in the past water mills and saws. Furthermore, there is also in the near Fisher House and Church of the Saint Nicholas, which was built in the 13 century. Inside the church are famous frescoes from the 14 th century and baroque altar. Important sights are also the Church of the Saint Rok, monument of the NOB in Cvibelj, which is rising above the town, remains of the Roman road, Roman tombstone, group of the drying frame, remains of the Antique mounds and settlements and many others.

Zuzemberk and the Church of St. Mohor and Fortunat

Road to the Krka River

Bridge over the Krka River and the Zuzemberk Castle

Zuzemberk Castle over the Krka River

Bridge over the Krka River to Church of St. Nicholas

Zuzemberk with the Krka River

Zuzemberk by the Krka River

Church of St. Mohor and Fortunat

Monument dedicated to the secretive victims

Monument for the National Liberation War on Cvibelj

Memorial park of the known Suhokranjci 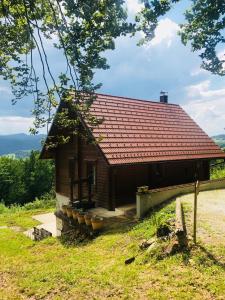 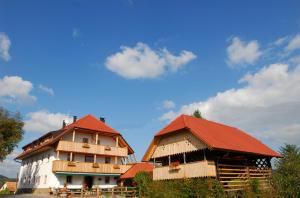 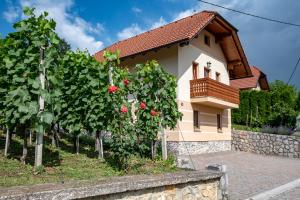