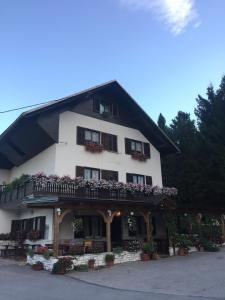 The Carthusian Monastery Bistra is situated in Vrhnika Commune in the southwestern border of the Ljubljana swamp. The beginnings of the monastery go to the year 1220, when the Carinthia duke Bernard Spanheimski invited to Kranjska the first Carthusian monks. Bistra was one of the fourth Carthusian Monasteries in Slovenia. Beside Bistra were also Zicka Carthusian, Pleterje Carthusian and Jurkloster Carthu ...

Sticna Abbey is situated among Dolenjska hills. Among the rare working cloisters is the only one, which belongs to Cistercian monks. The Cistercian order originates to the year 1098 to Burgundija in France. It got the name by the place called Citeaux. The founders were three saints, which were the benedictine monks from the monastery in Molesme. The Sticna Abbey is today the important cultural and religi ...