Piramida Hill is a 386 metre high town hill, which rises above the city of Maribor. The most easy is accessible from the City Park from where the marked path leads us past vine leaves. After about half an hour of easy walking we can enjoy in a wonderful view of the whole town and to the surrounding area. Piramida is a favourite excursion sight for the local people and other visitors throughout all the year.
On the hill was a castle until the year 1784, which was named Marburg or Marchpurg. It was built in the beginning of the 12th century by the noble Spanheim family for protection the Hungarians. In 1528 the castle was burned down. It was renovated in the Renaissance style around the year 1560, then in 1790 it was finally pulled down. A stone pyramid was built from the remains of the building materials. This pyramid also gave the hill its name – Piramida.
The only remains of the castle were a well without a rim and a trench with a steep embankment. At the top of the rampart is a classicist chapel with a stone statue of Mary from the year 1821. The inscription inside the chapel tells us that in the year 1821 lightening destroyed the original pyramid. The chapel was raised in a memory of the location of the castle by the Count Henrik Brandis.

Start of the path to Pyramid hill

View back of the path with Kalvarija back

Path to the Pyramid hill

View of Pyramid hill and vineyards from eastern side

View back of the path

View of vineyards and path from the Pyramid hill

View of Maribor and Pohorje

View of the old city centre of Maribor 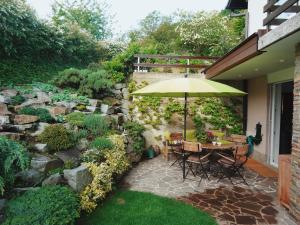 Maribor
A heartwarming apartment in a ho... 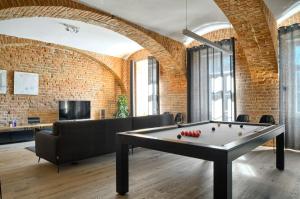 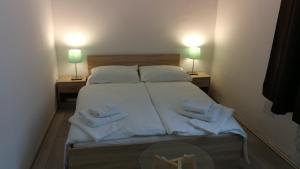 from 41 €
Maribor -
Modern studio in the heart of the city