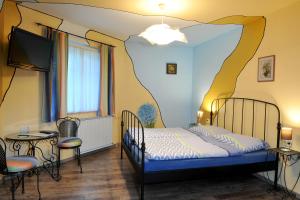 The city Ravne na Koroskem is located in the agitated country of the lower Meziska valley, squeezed in the wide basin, which is bordered with the rich woods and from the southern side is in the back Urslja mountain. This is the most populated part of the Koroska Region, where is the city Ravne jointed with the neighbourhood Prevalje. Ravne are today the largest Koroska city and they are administrative, economical, educational, sporting and cultural centre of the Meziska valley, but in many things they are exceeded the borders of the Koroska land. The surrounding of the Ravne was settled already in antiquity, because there was going through the village Roman road. In the place of the ironworks was found the Roman ceramics, mosaic small stones, brick and money. The first time Ravne is mentioned in the year 1248 as the Guttenstein and as the square in the year 1317. The base for the development was the steel industry, which got the chance with the decay of the iron foundry in Crna, Mezica and Prevalje. With the development of the steel industry was also fast developed the place, which became in the year 1952 the city and changed the name from Gustanj to Ravne na Koroskem. The structure of the tourist offer forms the extended region of the Urslja mountain with the Roman source, Prezihovina, lake Ivarcko and ski slope in Osven and in the sport park in Ravne. The stress is in the excursion tourism with the emphasis in the presentation of the cultural and historical heritage (iron museum, manor Ravne) and natural sights (Votla stove, Urslja mountain), the offer of the recreative activity in the nature (Ivarcko, Osven, sport park Ravne) and the tourism in the countryside.

Western side at night, mountain Peca back

Ravne Castle (Streteben) with the park

Popular coffehouse in the town center 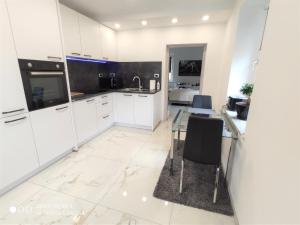 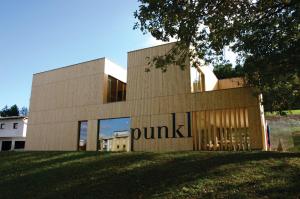 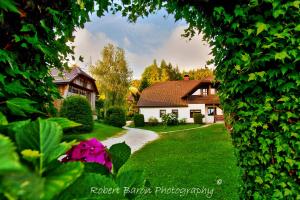