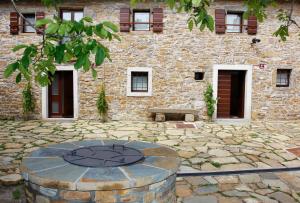 Where is Fortification (Kubed Castle)?

On the map you can see selected place Fortification (Kubed Castle) with photos of the sights/interesting places in the neighbourhood.

Hrastovlje - Church of the Holy Trinity

Hrastovlje is a village in the Commune Koper. It is located in the northwestern part of the Slovenian Istra under the Karst edge (limestone region). Houses in the village are markedly mediterranean or karstic type with many portals and archs of the limestone. Lots of houses is under memorial protection and because of that the procedures of the renovations are more complicated and they impede the aesthetic development of the place. Hrastovlje is most known by the Romanic Church of the holy trinity from the beginning of the 12 century, which is situated on the rising ground above the village. In the 16 th...

Kostabona is a clustered and densely populated village on the narrow protrusion on the southern edge of the ridge above the Dragonja River. Above the village, whose name is associated with the Antique fort Castrum Bonae, is the Plešivica hamlet and the foothills below the village house the Hrvatini settlement and Kapeli in Škrline. According to tradition, this place, which later became the site of the parish Church of St. Cosmas and St. Damian, used to be the site of an antique temple dedicated to Bona Dea, goddess of healing, fertility and maternity. This was supposedly the reason that the parish chu... 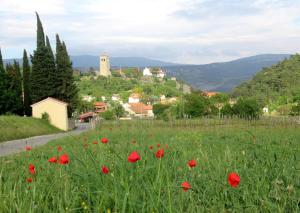 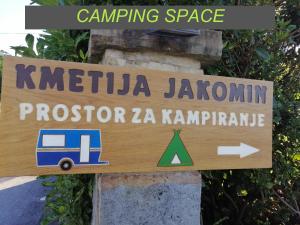 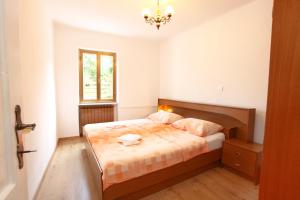 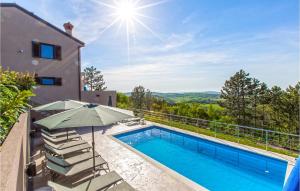