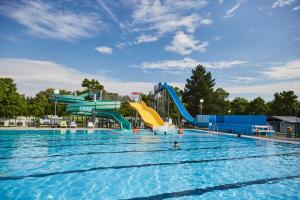 Most Beautiful Trips - Lendava with neighbourhood

Lendava is the most eastern city in Slovenia. It lies under the picturesque Lendavske gorice along the Lendava River, near the border with Hungary. Lendava became a square in the 14th century and as a parish was mentioned in the year 1334. The settlement was over the time affected by many earthquakes and in the year 1838 by a huge fire. Lendava became a town in the year 1867. The Evangelical parish was founded in the year 1902 and until the Second World War was strong the Jewish community.
In Lendava are the most important attractions Lendava Castle, the Church of Saint Catharine, Synagogue, the Theatre and Concert Hall, the Museum of the middle class, printing and umbrella-making, the Chapel of Holy Trinity and many other. Since 1983 are by the Lendava River developing Terme Lendava, which are the natural resort where are treated mainly the rheumatic diseases. There is also a recreational park with a summer swimming pool and tennis courts. Accommodation is available in the Hotel Lipa, in the Apartmenst Lipov gaj or in the Camping Lipa.
The Town Park in Lendava is nicely settled area with benches and a playground. The renovated park was officially opened in the year 2009. By renovation were taking an important part as designers and architects Maja Kardos and Goran Dominko. With the renovation they kept all existings and to residents accepted paths, but in a new modern appearance.

Start of the park at Glavna ulica

Central walking path through the park

Administrative Unit Lendava at the border of the park

Benches near the Administrative Unit Lendava

Path to the children's playground

Path from the part to the Mlinska Street 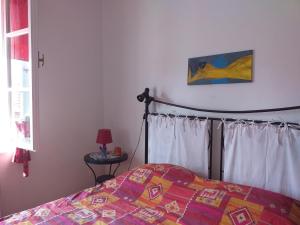 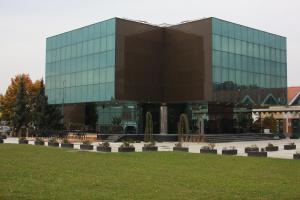 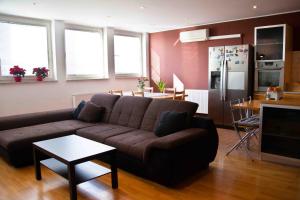 Lendava
Apartment under The Castle 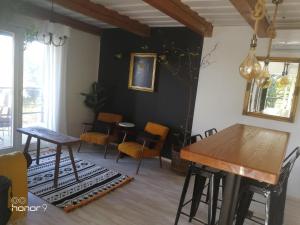