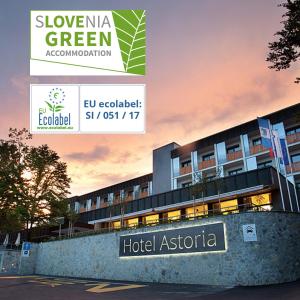 The Vintgar Gorge is situated in the road from the Bled over Spodnje Gorje, Podhom and the small village Vintgar. We can park car before the gorge, there is a big parking place. The Blejski Vintgar Gorge is open from the end of the April till the end of October but it depends on the weather situation. The gorge is open from eight to seven in the afternoon. It was discovered in the year 1891 by photograph Benedikt Lergetporer and Jakob Žumer, mayor of Gorje village and cartographer. For tourist visit the gorge was open in the year 1893. The paths were from that time frequently renovated. The Vintgar Gorge is 1,6 kilometres long. Through the gorge flows the wonderful greenish Radovna River with the pools, waterfalls, rapids and roaring, which is echoing over the narrow passages. The height of the slope is 250 metres. In some places is protected with the nets. The path leads us across the wooden bridges and so called Zumer gallery. Necessary is to have good sport shoes, because in some places is the path slippery and dangerous. The river beds crosses the railway line Jesenice – Most na Soci. At the end we can see the powerful Sum Waterfall, about 15 metres high, which is one of the rare Slovenian river waterfalls. Here is also the barrage for the hydroelectric station Vintgar. We can refresh and recover at the beginning of the gorge or at the waterfall Sum. In both places are small cafes. We can go back at the same way or over the Hom to Sveta Katarina, where is a historical church and wonderful view to Karavanke and Bled with surroundings. For walking and return with photographing and viewing we need about one hour and half. The Vintgar Gorge is exceptional beautiful and worth seeing. In summer months is pleasantly cool.

Parking place near the entrance in Vintgar Gorge from Bled side

Galleries above the Radovna River

Resting place with memorial plaque for Jakob Zumer who discover and ma...

Smaller waterfall near the end of gorge

Sum Waterfall at the end of Vintgar Gorge 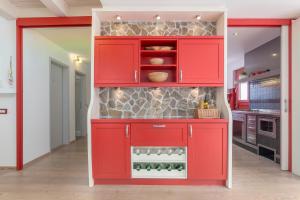 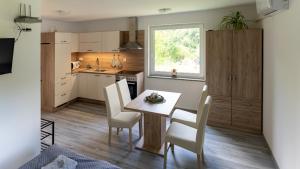 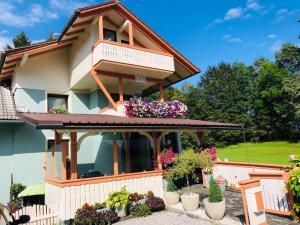 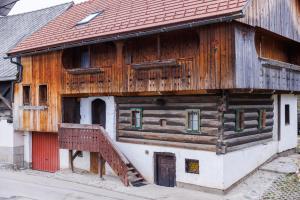