Trg Leona Stuklja (Leon Stukelj Square) is located in the centre of Maribor. It is a new square, which was opened in 2011. It is named by Leon Stukelj (1898 – 1999), famous gymnast, Oylmpic gold medalist and lawyer. He represents an important figure in the history of sports in Slovenia.
The square was designed with the closure of Svetozarevska street and through the merger with the former square Viktor Kraigher. The Leon Stukelj Square is the largest town square in Slovenia, it has 9000 square meters. The square is surrounded with newer business buildings, such us City Centre, Nova Kreditna Banka Maribor, Probanka and the building of the newspaper Vecer. The square is made as a place that is convenient for all major town events.
In the Leon Stukelj Square were planted about 70 trees that are suitable for the urban environment. In this way they created a pleasant atmosphere in the middle of the business centre. Very interesting is the lighting of the square, which is made from the floating panels on the high masts, set among trees. In the nearness of the square is the Franciscan church with its monastery.

Building of the newspaper Vecer

Trg Leona Stuklja in the direction to the TPC City

View in the direction of Trg Leona Stuklja and Ulica slovenske osamosv...

Ulica Vita Kraigherja with a view of Franciscan Church and building NK...

Fountain in front of NKBM 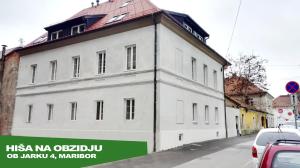 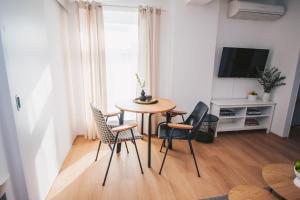