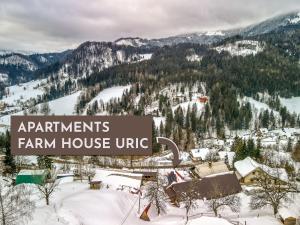 Planina pod Golico is the idyllic village in the municipality Jesenice. It is accessible from the centre of the city Jesenice. The road is going from the health centre steep to the village, which is hidden among Karavanke. It lies in the southern slope of the border mountain Golica, which is popular place to go to. The village was sometimes called Planina and the first residents were sheperds. Today's name got it after the year 1945. In May and in the beginning of June the meadows get white because of the narcissuses. The people's tale says that narcissuses got their name because of the bees. Planina pod Golico offers plenty things worth seeing like Savske jame, Savske cave, church of Saint Cross, monument for fallen soldiers between second world war, ski slope Spanov vrh, small chapel, ski home Crni vrh. In the churchyard you can see a tombstone of famous alpinist and photographer Joza Cop. In the Savske jame was an iron mine. It was closed in the beginning of the 20 th century, because of the lack of the ore. Church of the Saint Cross was built in the second half of the 17 th century by members of the Italian family, Bucceleni, which were at that time the owners of the mines in the Savske jame. Ski slope Spanov vrh was very popular in 70's and 80's in former century. It the year 2005 was renovated with the help of the project of the Community Jesenice. We can refresh at the bar Zicnica at the lower station Spanov vrh, where we can get drink or at the Betel Tourist Farm, where we can get good home made food and drink. Betel tourist farm is situated at the end of the village.

Direction signs in the village 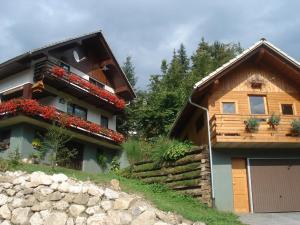 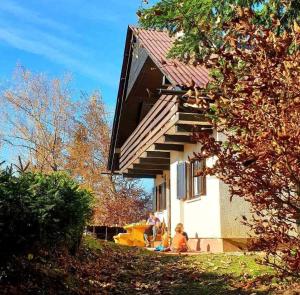