Bohinjska Bistrica is the largest village in the Bohinj valley and the seat of the community. It is situated between hills Ajdovski gradec and Dobrava and between brooks Bistrica and Belica. The village divides road from the railway station to the Lower and Upper village. In Bohinjska Bistrica are railway tunnel, sports hall, open playground for tennis, football playground, elementary school, bus station, museum, restaurants, shops, private hotels, hotel, health service, local office, tourist informative centre, fire station, monument in memory of Second World War, Zois Manor with Tower Clock, First World War Military Cemetery, the Church of Saint Nicholas, ski center Kobla and other. Next to the Aquapark Bohinj is located interesting and beautifully arranged Ceconi’s Park. The parish Church of Saint Nicholas is situated in the centre of the village. In documents was first mentioned in the year 1689. It was built in the baroque style. At the end of the 19th century was renovated and it got the neo Renaissance and neo Romance image. Inside we can see wall paintings from the year 1884, which were made by the painter Matija Kozelj. The interesting thing in church is also the statue of Janez Krstnik Mesar, who was the initiator for the modernization of the cheese trade in Bohinj. The tombstone for 40 victims who built the Bohinj railway tunnel we can see in the northern external wall of the church. In the year 1788 was establised the parish in Bohinjska Bistrica. Janez Vajkard Valvasor, the famous Slovenian polymath, mentioned the Church of Saint Nicholas already in the year 1698.

View of the back part of the church of St. Nicholas

Church of St. Nicholas - Inside

Inside of the Church of St. Nicholas

Altar of the Church of St. Nicholas

Church of St. Nicholas - Side altar

Cemetery near Church of St. Nicholas in Bohinjska Bistrica 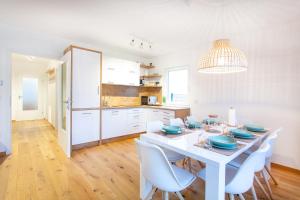 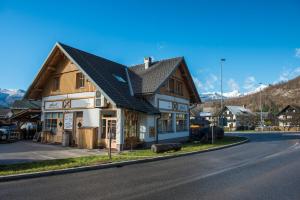 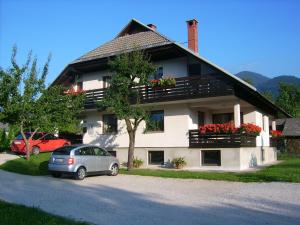