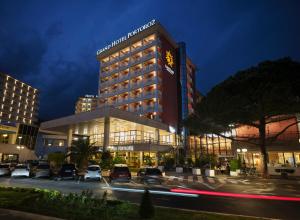 The Promenade Bernardin - Piran is a picturesque shorter walking route that takes you past cultural sites, restaurants with varied cuisine, pubs, hotels and more. All along the way, we have a wonderful views of the sea.
Bernardin is a rounded larger tourist complex where a church tower of a former Benedictine monastery was preserved in the middle of the buildings. The complex comprises the Grand Bernardin Hotel, the Histrion Hotel, the Villa Park Hotel, the Bernardin Convention Center, the Wellness Center, the Bernardin Lagoon, the Bernardin Casino and the Marino Bernardin. Monastery with the Church of St. Bernardin was abolished in 1806, as well as other monasteries in Istria, if they had not already been dissolved by the decree of Joseph II. in 1783. The Austrian army turned the monastery building into a fortress to defend the bay, and later the building was used by the tax and customs administration. Piran is an old port city that has preserved its medieval design with narrow streets and tightly packed houses.
All these features give Piran a typical Mediterranean character and a special charm. Above the houses on the hill is located the Baroque church of St. George with a high lookout tower and a series of interior paintings.

Coast walk between Portoroz and Piran

View of Fornace and Bernardin in background

Sculpture and barrier in front of entrance to the Piran

View of Piran in background

Small beach on the way between Bernardin and Piran

Beach in front of Piran from Portoroz direction

View of the Port Piran

View of Piran with Cape Madona on left 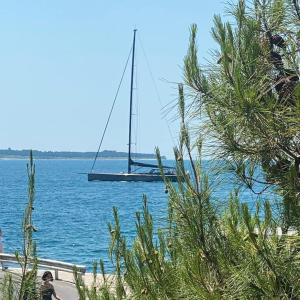 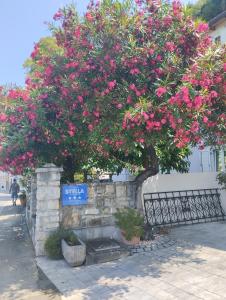 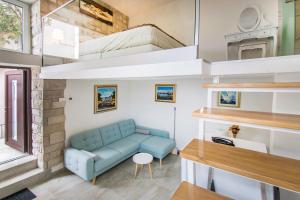 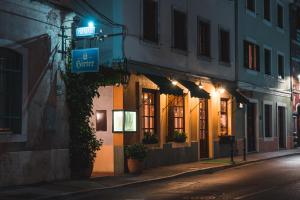